A Jack Russell has a large liver tumour

A 12-year-old Jack Russell came with a much swollen abdomen.

She was not spayed and so I thought she could have closed pyometra. This is a common problem of unspayed old female dogs. Yet the dog was active and could even walk 30 minutes to the Surgery. She had a very good appetite and drank a lot of water. She peed a lot. So, closed pyometra was ruled out.


Could there be an abdominal tumour since a vet had removed a breast tumour (MG 5 left side) some 8 months ago? Or metastasis of this breast tumour?

Could there be an ovarian tumour?

Next was ascites. On percussion of the abdomen, there was no tympany of gas or fluid thrill when I tap the right side of the abdomen and let my fingers of the other hand feel the other side.

I gave fruesemide to bring down any abdominal fluid and took an X-ray 12 hours later. There was the classical splenic neoplasia as diagnosed by Dr Daniel. This image was similar to the image in the Vet Surgery book which showed the lateral abdomen with the tail of the spleen being a globular shape.

According to an experienced older vet, an ovarian cyst would be higher up in the anterior abdomen.

So, the X-ray diagnosis is a splenic tumour. Could it have metastasized to the atrium causing an atrial tumour? 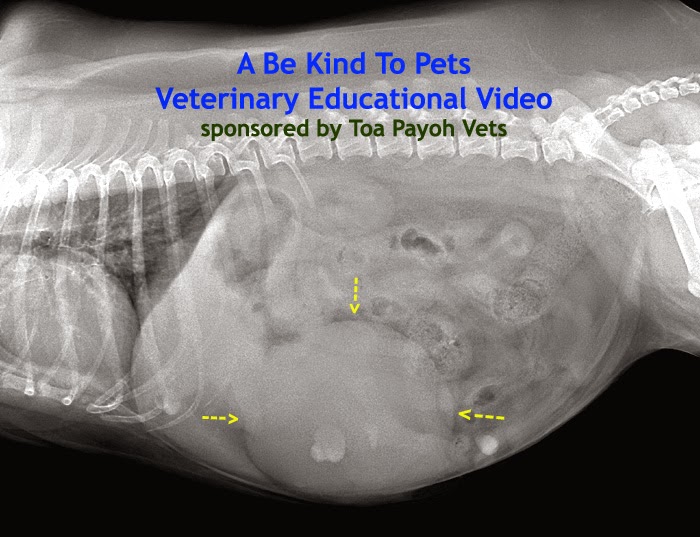 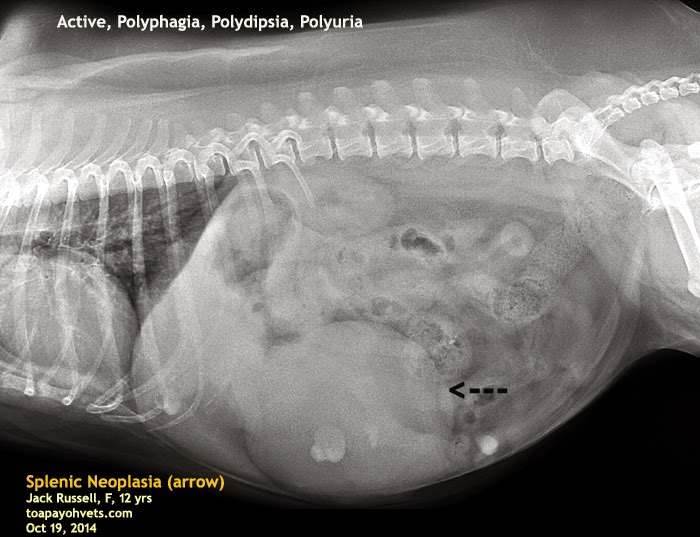 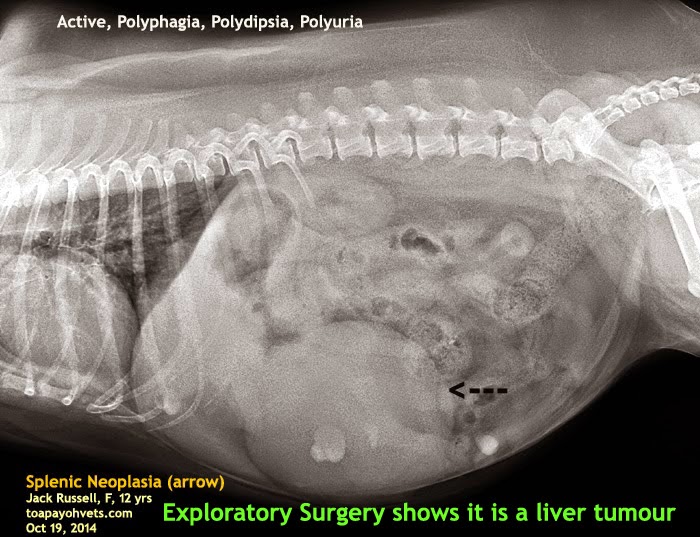 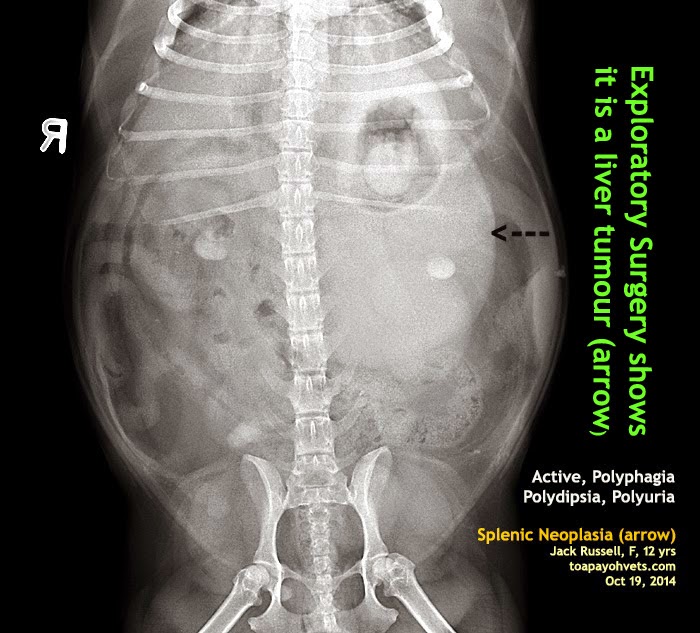 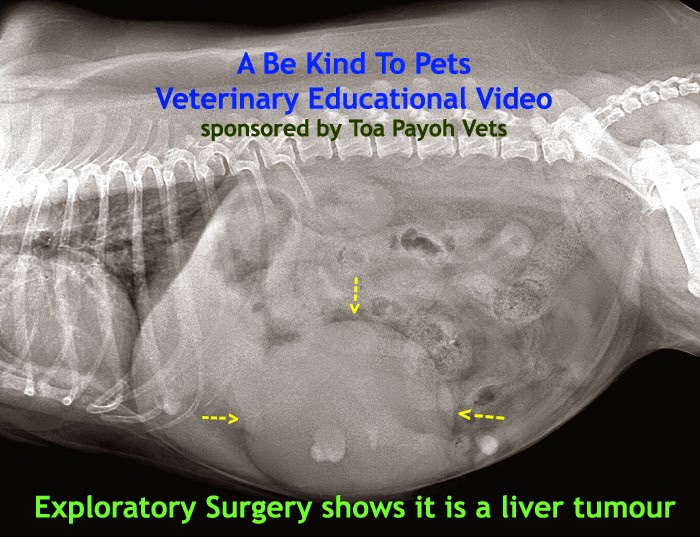 SURGERY
The large globular tumour was at one end of the lobe. The lobe was taken out. A scalpel blade cut one side of the lobe like "fracturing" the liver.  That meant that the liver was incised on one side while the assistant could hold up the liver for ligation of the parenchyma blood vessels.

Liver neoplasia with multiple abscesses.
One 70% size of a tennis-ball-tumour in one lobe. Abscesses have spread all over the liver.
Another ping pong ball tumour in a smaller lobe.  Histopathology in progress - whether it is simply abscesses or abscessed tumours.

24 hours post-op, the dog was eating and very active. I advised in-patient for 10 days as the other dog at home would play with this dog, causing suture breakdown.

The owner asked about prognosis.

Poor prognosis.
1. Locally advanced stage of liver neoplasia with abscesses. This is to be confirmed on histopathology of samples sent..

TREATMENT IN DOGS.
In people, a combination of chemotherapy or radiation therapy to down-stage the cancer to a more early stage so that surgical resection can be done to provide a long-term survival or cure.

CONCLUSION
8 months ago, another vet had excised a breast tumour but did not send it for histology. This tumour was large and could have spread to the liver.  No lung X-rays were done to lower medical costs. If the dog had been spayed young, it is possible that she would not have breast tumours which could have spread to the liver, now at 12 years of age.

SEVEN DAYS POST OP.
The dog is presently eating and drinking and is active as at Oct 28, 2014. But she panted a lot when taken out for a short walk. Will go home on Day 14 when stitches are removed. As to life span, it is unlikely to be more than 6 months.