Apr 4, 2018 8am, Wednesday.
"No way the pigeons will appear today," I thought as I exercised in the public fitnesss corner. Yesterday, I did not exercise but the day before, I spotted a pair of Orange breasted green pigeons on the tree opposite my exercise machine. It was April 2, an Easter Monday. I had taken some photos using my zooms lens.

Well, they appear for few seconds. The female posed for me as shown below: 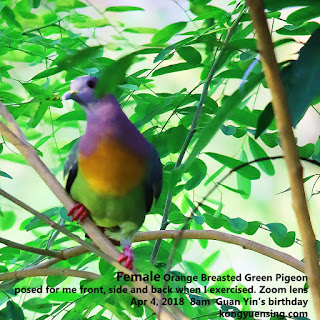 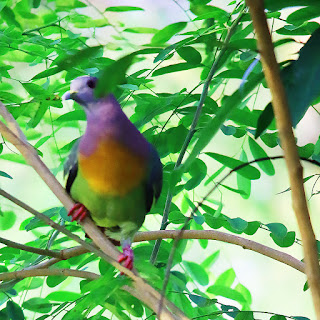 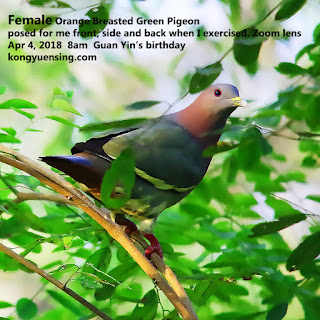 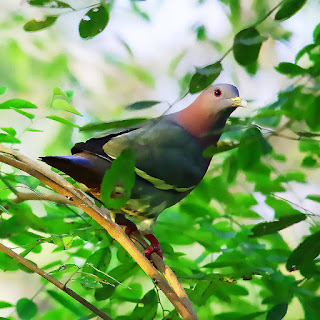 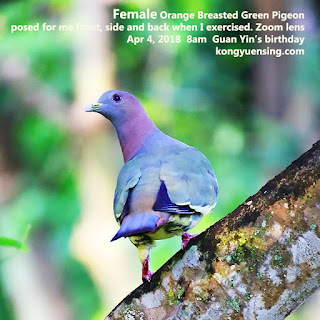 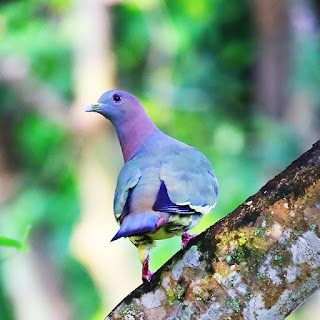 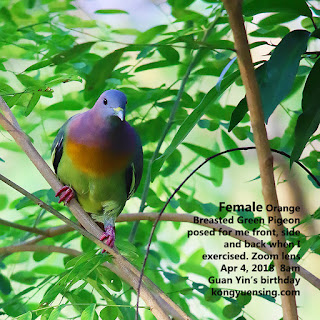 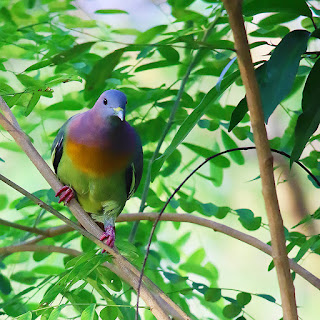 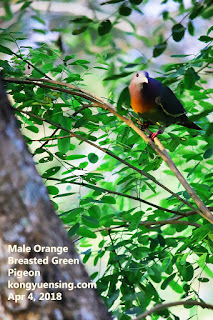 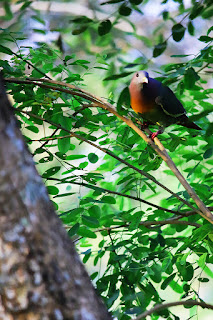 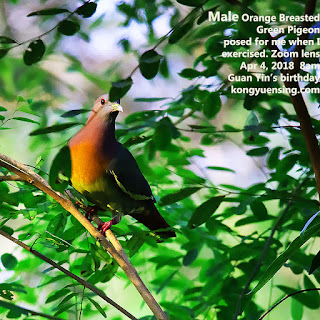 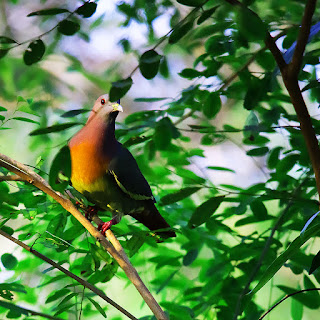 Such beautiful images from a zoom lens 55-250mm

Very difficult to see the pigeons on the tree opposite my exercise arm extender since the sighting on the first day on April 2, 2018. Today is April 12, 2018. At 8am, two appeared but flew off fast. One did give me a few seconds to zoom in and take the pictures. Look like a female with less orange breast seen.

It is very rare for me to see the orange breasted green pigeons in my neighbourhood throughout the years. So, their appearance is a rare treat for photography.

The spotted dove is commonly seen in pairs or small groups. I have one image below:
. 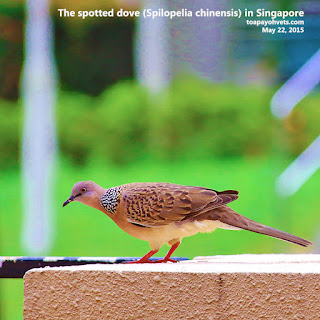 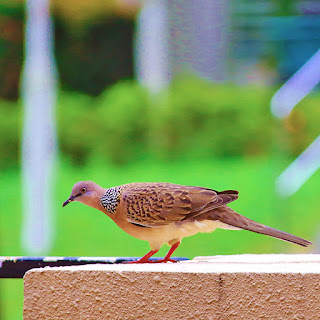 Posted by toapayohvets at 6:22 PM