It was a bright and sunny morning of Mar 13, 2017. I had my breakfast and was ready to move out of Htein Htein Thar Hotel, Magwe to visit another famous pagoda after visiting 4 of them in Bagan yesterday. My hosts were Drs Thein Tun Aung and Thin Thin Soe, accompanied by their daughter. Mr Soe was my friend and our driver. Dr Aung came and introduced a well dressed slim lady to me and we left the hotel. 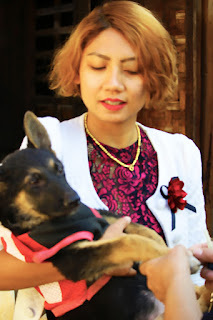 Ms May Thazin, a civil engineer founded the White Heart Animal Rescue and Shelter, Magwe, Myanmar. She was the first local animal activist I have met in Myanmar.

Ms May Thazin had contacted Dr Thein Tun Aung from Royal Asia Veterinary Surgery, Yangon via Facebook.  As Dr Aung was in Magwe, she rode her scooter to the hotel at 8 am to show him her Shelter. Dr Aung asked me to accompany him, sacrificing his breakfast.

The first thing I noted was that there was not one piece of dog faeces on the ground, unlike the other animal shelter I had visited. There were around 20 stray dogs and so there ought to be some dung. Many were limping casualties of traffic accidents (video).

One cross-bred was badly wounded and hid under the dog kennel. He would growl if anyone approached him. 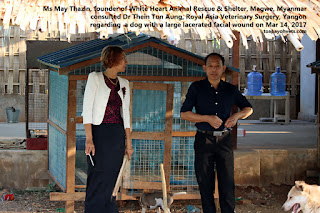 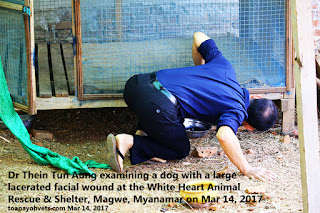 KENNEL FLOOR PLAN
Well wishers had contributed to the construction of the dog kennels. "The kennels should not have raised floors as it will be easier to clean," I could see an injured dog hiding under the kennel for safety. Ms Thazin had asked Dr Aung to examine it. Dr Aung had to bend down and try to pull the leash to get the dog out (video).
One hid under the wooden kennel as he had a serious large facial wound. Dr Aung bent down to examine him. 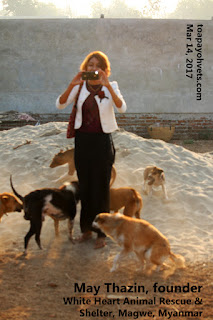 "Are there private vets in Magwe?" I asked Dr Aung. "No," he said.
The government vets in Magwe do treatment but it will be charged.

This shelter was a house used as a warehouse rented out to Ms Thazin.

EXPOSED WELLS ARE DEATH TRAPS FOR DOGS
A small well of around 6 feet across provided water for the dogs.

This was an excellent idea as underground water is free. Many houses may not have piped water and bottled water is very popular as some residents do not drink the well water which is used for washing and bathing. Some residents of riverside towns bathe and wash their clothes by the river as part of their culture.

"The well is a death trap," I said to Ms Thazin. "Some dogs may fall in or be pushed in by other dogs and drown. It is better to design a rectangular narrow trough as used for cattle feeding." Such drownings are foreseen and a strong netting covers the top. This will not be practical as the dogs drink from the sides of the well (see video). Unfortunately, in real life, only when a dog drowns in it will there be action to prevent further deaths. 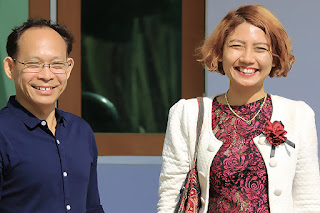 Puppies do suffer from viral diseases like distemper, parvoviruses. There was a German Shepherd puppy that had coughing and runny noses, likely to be a victim of distemper. Dr Aung treated him. 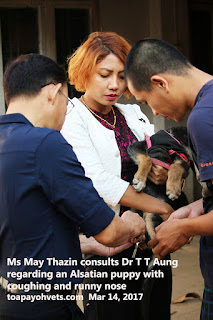 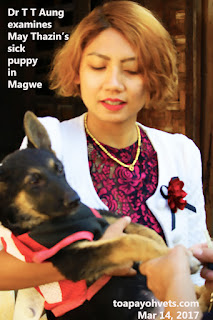 A MEANING FULL LIFE.  Being educated and internet savvy, I expect Ms May Thazin to do an excellent job for the strays and the disabled dogs and cats by forming a group of helpers and donors to fund the expensive maintenance of animal shelters. 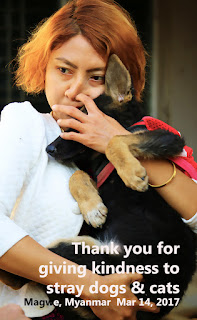 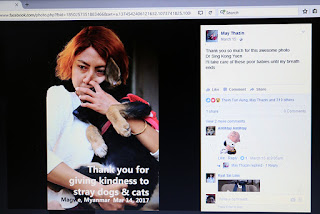 ACKNOWLEDGEMENTS
Thanks to Dr Thein Tun Aung and Dr Thin Thin Soe for the hospitality in my recent travel to Bagan, Magwe and Yangon. 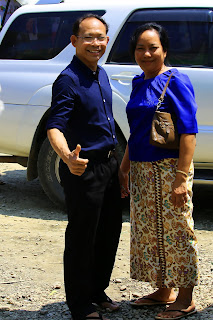 In 2017, I note that a younger generation in Yangon keeps small breeds of dogs.
They research on the internet with their smart phones. They bring injured stray dogs and cats for veterinary treatment instead of ignoring them. 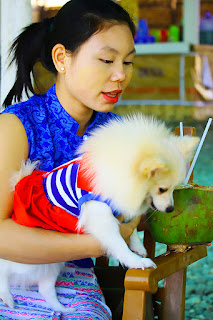 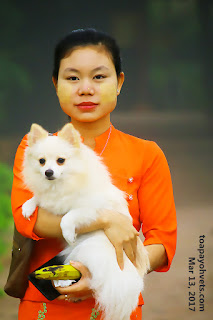 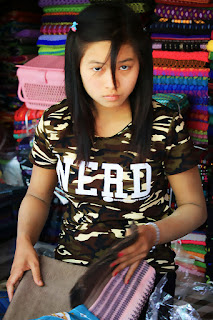 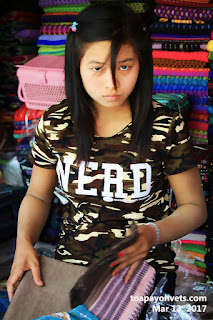 Posted by toapayohvets at 6:25 PM