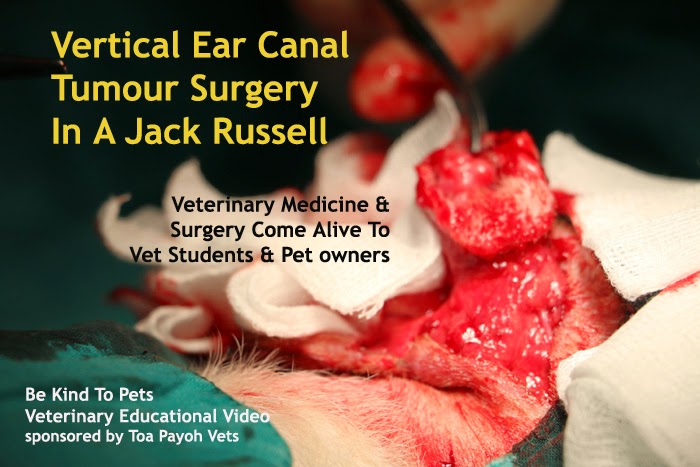 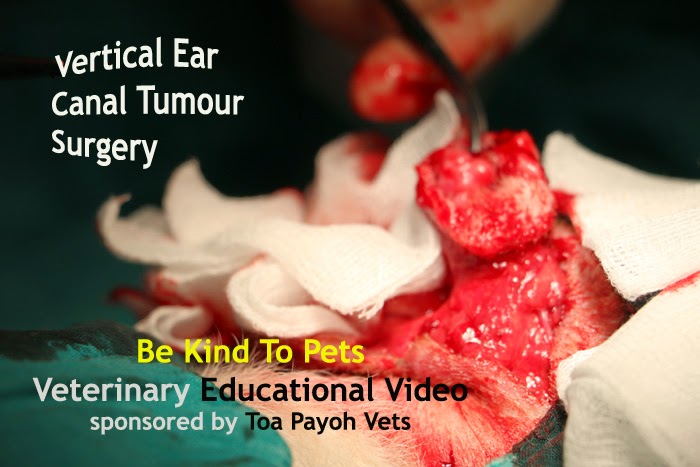 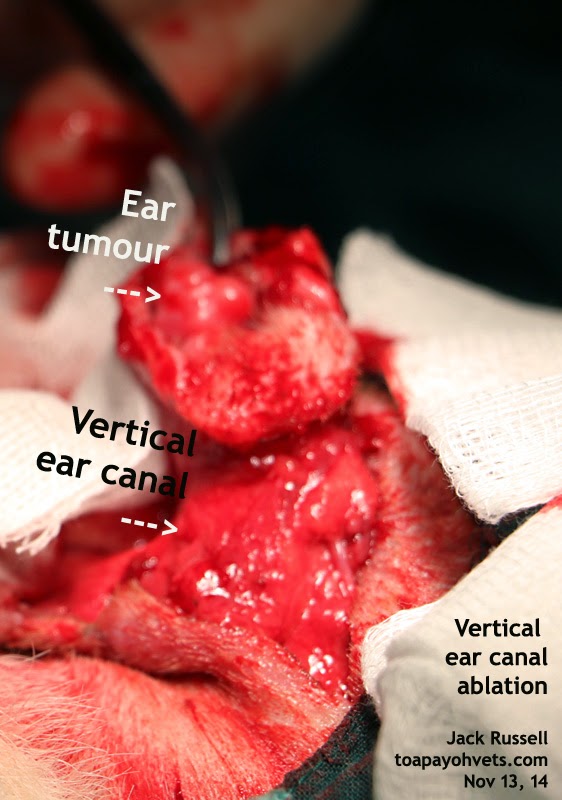 Ear tumours at the entrance of the vertical canal can become infected or obstruct the ventilation of the ear canals. The  dog keeps scratching and the infections cause a bad smell.


Ear canal tumours are not common. This is the second case in 2014. In the first case, the old Husky had a smelly itchy ear. Vertical ear canal ablation by me resolved his problem. Video produced.
Posted by toapayohvets at 3:11 PM