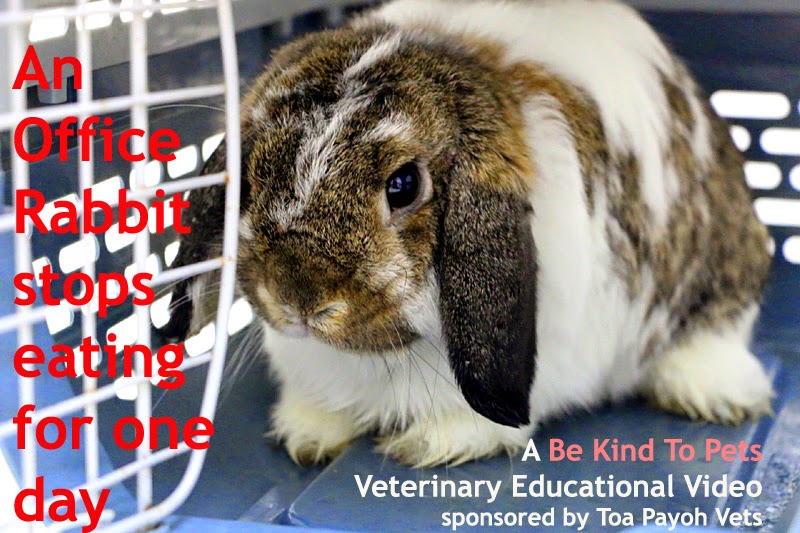 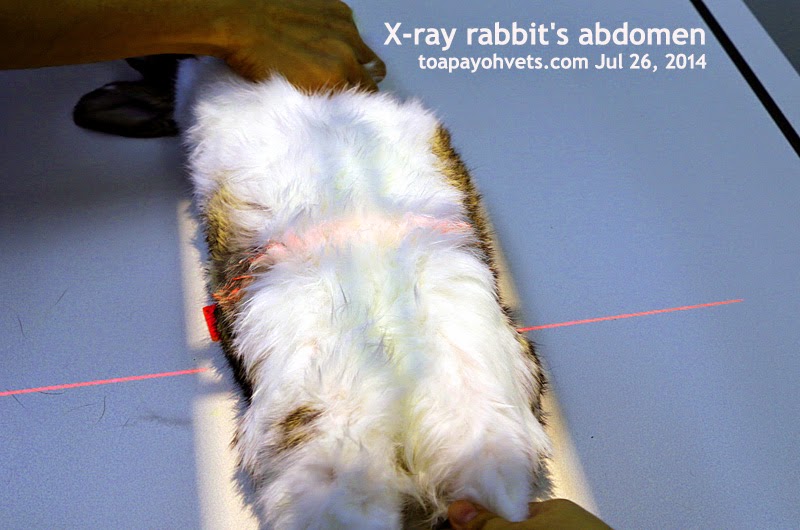 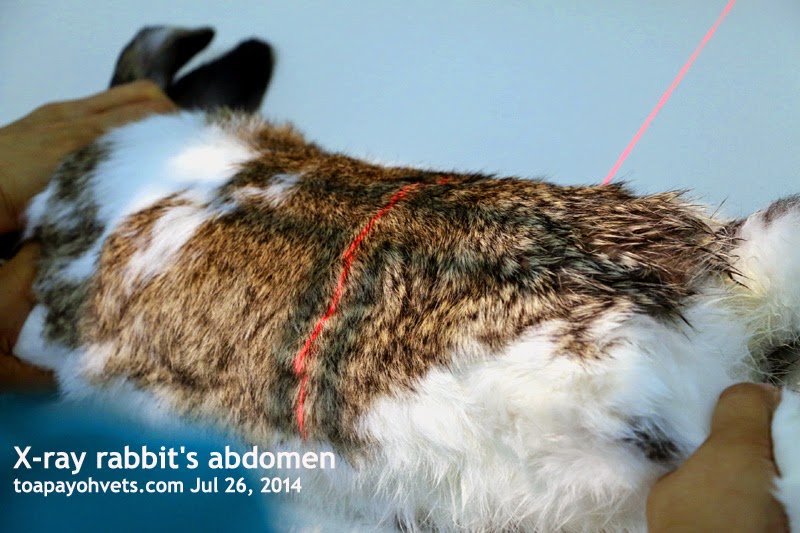 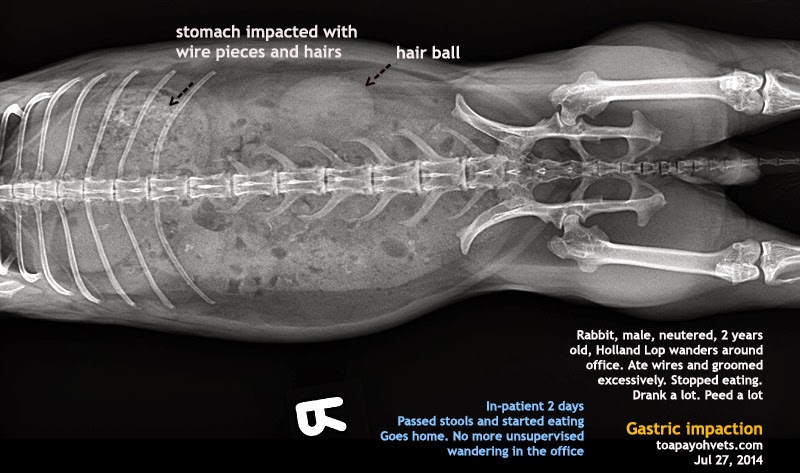 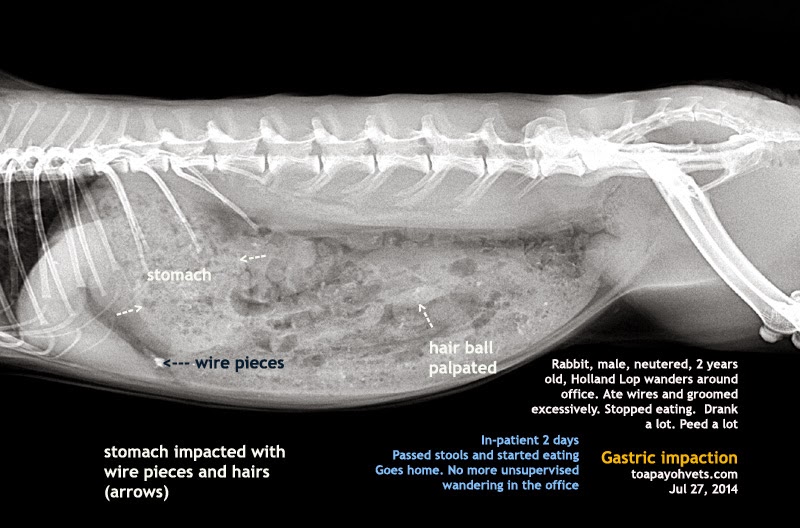 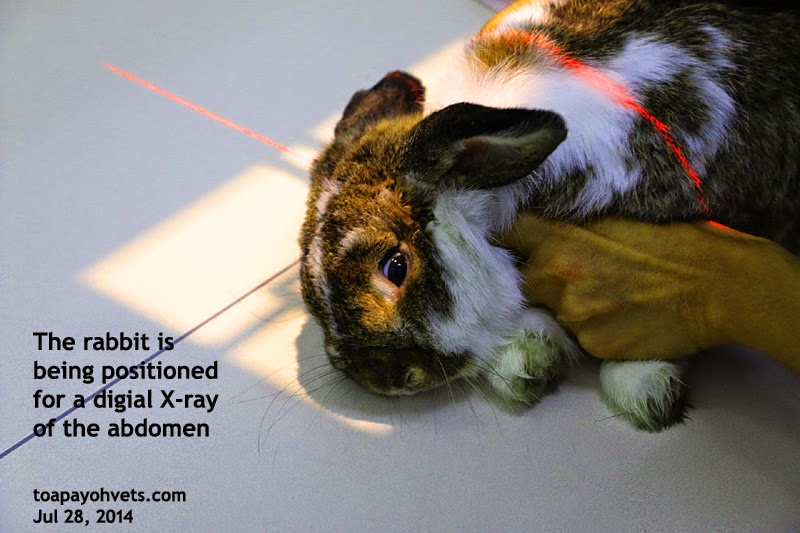 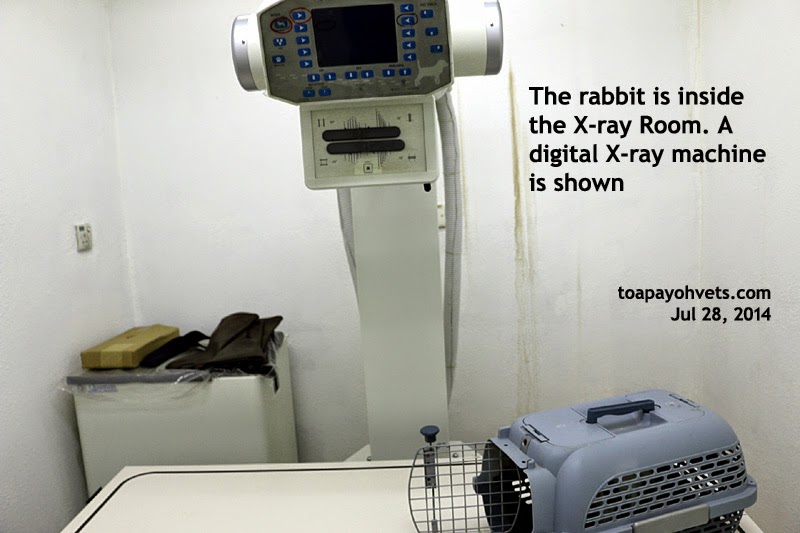 Singapore has many rabbit lovers but the rabbits are no more the ordinary large sized white ones of many years ago. They are smaller and are dwarf rabbits. (VIDEO).

A young lady was very concerned about this one-and-a-half-year-old Broken chestnut male neutered Holland Lop rabbit who wandered around her office. He would eat anything including wires and had lots of pellets as he did not much like hay. Suddenly, on July 25, 2014, he stopped eating.

"He would not eat any food and just sat hunched up in a corner," the young lady said. "He passed less stools and they are 50% smaller in size. His urine is yellow. He was grooming himself a lot a few days ago"


"He weighs 1.85 kg and has a temperature of 37.6C and is leaking urine as well as his penile area is wet. "This means he may have a urinary tract infection. I need to test his urine. Does he drink from a water bottle as I need to ward him for urine collection."

"He drinks from the bowl," she said.  I put a clean tray under the grate and he soon peed thick cloudy urine of around 0.5 ml. It was insufficient and my assistant Naing would collect more overnight and send to the laboratory. 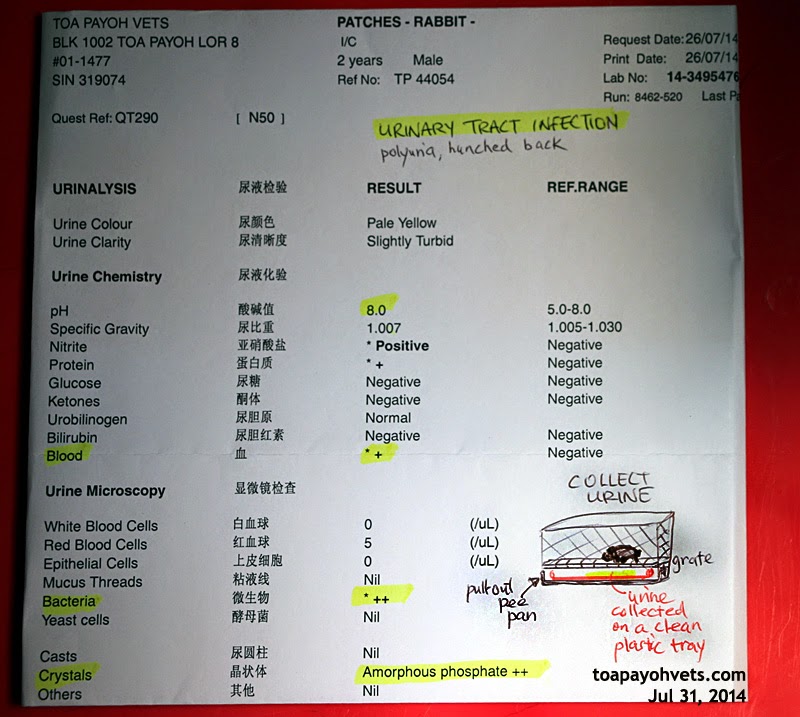 The slightly turbid pale yellow urine was alkaline and had a pH of 8.0. A small amount of blood, nitrite and protein was present. Bacteria and amorphous phosphate crystals were 2+. So, there was a urinary tract infection causing pain in the bladder and hence the hunched back.

X-rays showed the stomach packed with food, hairs and wire pieces. "Would he be able to pass out the impacted food and wire pieces?" I gave him Fibreplex to move his gut.

VIDEO OF X-RAYS AND IMAGES OF X RAYS

He recovered after an antibiotic injection and high fibre-food to pass out the stools the 2nd day of in-patient treatment. Lots of stools passed out.

FOLLOW UP ON JULY 30, 2014  6 pm
The young lady was happy that the rabbit had recovered. No more urinary incontinence. She would continue with the antibiotics, feed more hay and less pellets. "Fed some apples and carrots without insecticide as well," I advised. It was good news.

REVIEW OF MEDICAL RECORD ON MAR 16, 2013
He was not eating and had a swollen prepuce and wet genital area. He passed less than faecal pellets and hid in dark places. He was lethargic and I diagnosed Urinary tract infection from the abdominal pain in the bladder and the swollen prepuce.  "NO WANDERING" I wrote in the case sheet. The rabbit recovered after antitbiotcs and Fibreplex.

CONCLUSION
Young rabbits are like toddlers. They need to be supervised or they would put anything inside their mouth and swallow them causing stomach upset.  In the recent episode, evidence of X-rays and urine test confirmed stomach impaction and uinary tract infection..

Posted by toapayohvets at 12:06 PM